The Throat Singers of Tuva 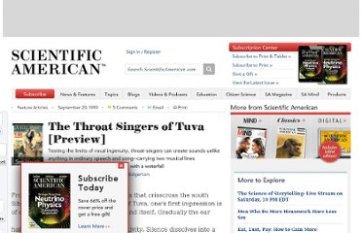 From atop one of the rocky escarpments that crisscross the south Siberian grasslands and taiga forests of Tuva, one’s first impression is of an unalloyed silence as vast as the land itself. Gradually the ear habituates to the absence of human activity. Silence dissolves into a subtle symphony of buzzing, bleating, burbling, cheeping, whistling-our onomatopoeic shorthand for the sounds of insects, beasts, water, birds, wind. The polyphony unfolds slowly, its colors and rhythms by turns damped and reverberant as they wash over the land’s shifting contours.

For the seminomadic herders who call Tuva home, the soundscape inspires a form of music that mingles with these ambient murmurings. Ringed by mountains, far from major trade routes and overwhelmingly rural, Tuva is like a musical Olduvai Gorge-a living record of a protomusical world, where natural and human-made sounds blend.